TORONTO, Sept 28/ Warren Sarafinchan, CITT, Chair of the CITT National Board of Directors, is proud to announce that John F. Chipperfield, CITT, has been selected as this year's recipient of the CITT Award of Excellence.

The CITT Award of Excellence is presented annually to the member who best exemplifies a strong commitment to the logistics profession and to CITT. Nominees are selected by their peers.

Mr. Chipperfield, a highly regarded industry professional, was honoured at being selected as the recipient of the Award of Excellence. 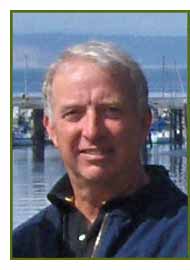 "To have my name included with the select group of my peers who have also received this honour is a giant stamp of approval on my career," said Mr. Chipperfield. "Earning this prestigous award feels truly wonderful."

CITT has been a major part of Mr. Chipperfield's career since he earned his designation in 1993. He excelled even as a CITT student when he earned the 1993 James. T. MacKenzie Memorial Award for having the highest academic standing in the graduating class.

Mr. Chipperfield began serving on the CITT Board of Directors in 1994 as Member at Large before moving to Vice-Chair of Rules in 1998 and later to Vice-Chair of Finance. Mr. Chipperfield also served as Board Chair in 2002 and again in 2003. His final Board position was as Internal Auditor. With his innovative spirit and organizational memory, he helped guide the strategic direction of CITT as a contributor to four separate business plans.

He retired from the Board in 2010, but remains an active part of the organization in an unofficial advisory capacity and is a familiar face at CITT's annual conference, Reposition.

"CITT has added an extra layer of professionalism to my career path," said Mr. Chipperfield. "It has also increased my understanding of team dynamics by giving me the opportunity to serve on the Board of Directors. This has given me additonal confidence and allowed me to move forward in my career."

Mr. Chipperfield was a strong proponent of the need for a collaborative voice to raise greater awareness about career opportunities within supply chain. His knowledge and experience was utilized in 2005 during the establishment of the Canadian Supply Chain Sector Council.

According to CSCSC executive director Kevin Maynard, Mr. Chipperfield was "one of the visionaries who worked tirelessly through his involvement with CITT to establish and help drive the Sector Council to this key objective as part of our overall mandate."